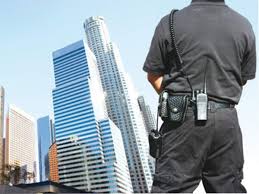 New Delhi: After being made part of the essential services during lockdown, private security agencies have been given a broader mandate by the Ministry of Home Affairs (MHA) by framing the Private Security Agencies Model Rules, 2020. They will no longer be required to obtain “separate police verification and training” while operating in “multiple states” and can have any “designations except ones in armed forces, CAPFs (central armed police forces) and state police, according to the rules

The earlier rules (of 2006) only allowed two designations – ‘guard’ and ‘supervisor’. “There are more than 13,000 registered agencies engaged in providing private security that are expected to generate more than nine million jobs,” said a government official, who did not wish to be identified. “The total strength of police and paramilitary forces across states is estimated to be two million. It was during the lockdown that private security agencies were brought into the essential services to aid the police forces.”

As per the new rules, the antecedents of agencies and their directors can now be verified using the Crime and Criminal Tracking Network System (CCTNS) and Interoperable Criminal Justice System (ICJS). “The digital verification can be done by the controlling authority in the state where the private agency is applying for the licences. We have also reduced the time limit to 15 days from 90 days for completion of verification,” said the official.

Similarly, the process of granting licences by the state agencies will have to be completed within 60 days, as per the new rules. Under the 2006 rules, the owners of private security agencies had to undergo training on subjects such as internal security and disaster management while applying for another licence in another state. Now, the requirement for training after the first licence has been done away with.
Source: Economics Times